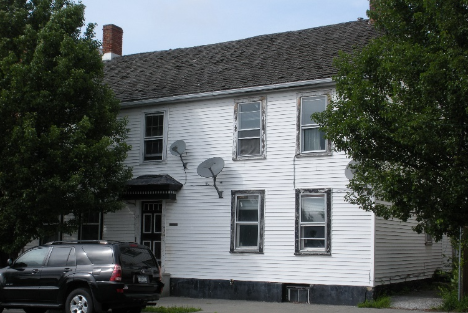 The city of Hudson was founded in 1783 by thirty merchant seamen from Massachusetts and Rhode Island. Collectively they were known as the “Proprietors.” Settlement of the area began almost immediately, with the families of a number of the proprietors arriving in 1783 and 1784. The initial development of the city occurred near the waterfront. The earliest houses and other structures were built along Water and Front Streets and on the blocks of Warren, Union and Diamond (Columbia) Streets below Second Street. A few houses were constructed of brick, but most were frame with clapboard siding. Among the early wood-frame dwellings built in Hudson was the home of Joseph Barnard. One of the thirty Proprietors, Barnard erected a house in 1784 on the north side of Warren Street between Front and First Streets.