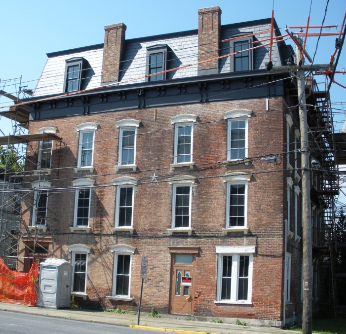 Presiding over the intersection of Union and South Fifth Streets is a large Second Empire-style brick building constructed c.1864 by John T. Haviland, a local shipping merchant. The sizeable square structure was most likely among the earliest apartment buildings to be erected in the city. From 1883 to 1896, the building served as Hudson’s first Home for the Aged.