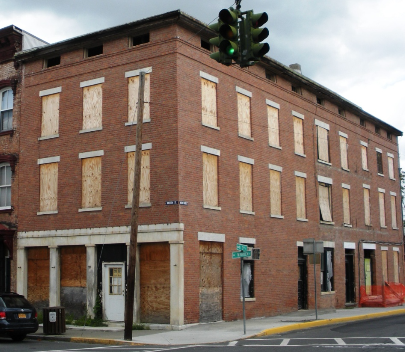 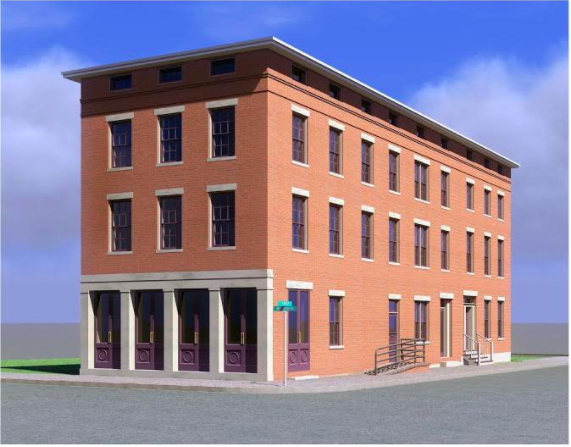 In 1840, Hudson merchant James Perkins purchased the lot at the northwest corner of Warren and Third Streets and erected a Greek Revival-style three-and- one-half- story brick commercial building and an adjoining three-and- one-half- story brick house, located at the back of the lot. The building fronting Warren Street is three bays wide and six bays deep. Greek Revival elements include the marble store front with square piers and a frieze, window openings with marble lintels, and six-over- six-light windows. Surmounting the building is a full entablature with a wood cornice over a frieze and architrave defined by projecting courses of brick. Small windows punctuate the frieze in the main and east elevations. From the time of the building’s construction, the first floor has contained a shop or some other type of commercial establishment while the upper floors were most likely used for a number of years as storage areas before they were converted to apartments. The retail area is a large room divided down the center by three pseudo-Doric columns of wood.