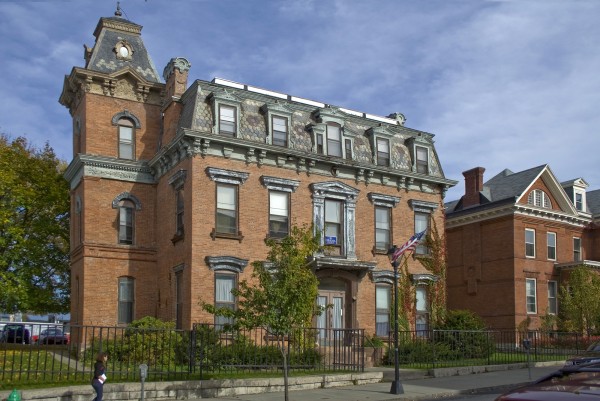 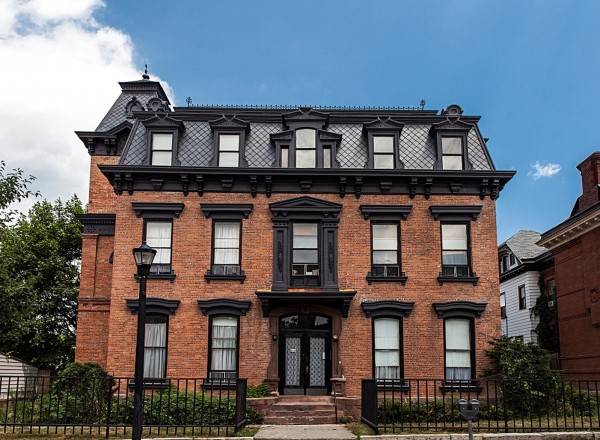 Standing on the north side of Warren Street, slightly above Fourth Street, is the imposing mid-Victorian brick mansion built by Cornelius H. Evans, who owned and operated Hudson's largest and most successful brewery in the late nineteenth century. Evans built his grand house shortly after acquiring his father's interest in the brewing plant, which quickly became a thriving and prominent company in Hudson, reputedly producing the finest ales in the northeastern United States.