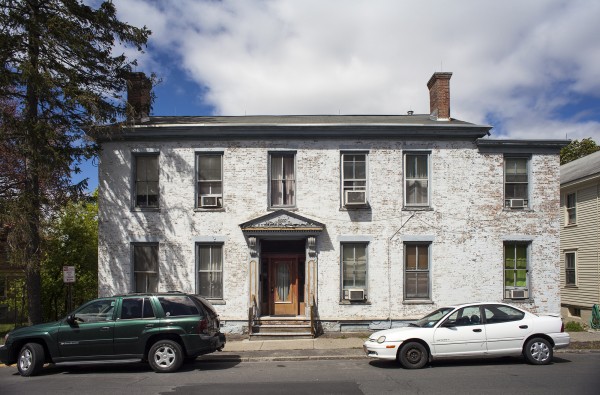 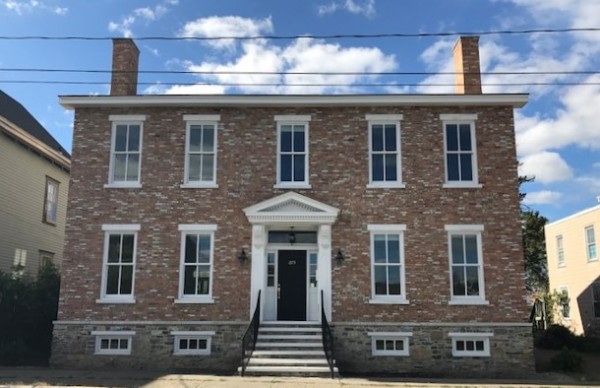 In the early nineteenth century, the easternmost part of the city of Hudson, known as “Prospect Hill,” was just starting to develop when Captain William Ashley (1763-1847) built a house on his land located at the intersection of the Columbia and Union Turnpike roads. Ashley had been granted the privilege of naming the hill, for he was the first to build a house upon it. The appellation he chose was inspired by the fine prospect of the Hudson River and mountains beyond. Because Ashley’s property included two dwellings, one of which is lost, it is unknown if the house that remains standing at 900 Columbia Street was the first to be built on Prospect Hill. Nonetheless, the residence is one of the earliest houses to be erected near the Columbia and Union Turnpikes in the opening years of the nineteenth century.